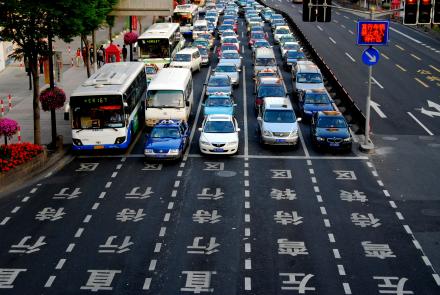 Increasing fuel taxes could save thousands of lives worldwide

Around 1.3 million people die in road crashes around the world each year. Among teenagers and young adults, road crashes are the number-one cause of death.

As many as 50 million people a year also suffer non-fatal road injuries.

As economists, Shuhei Nishitateno and I felt that economics is perhaps more useful in understanding road safety than it is often given credit for.

We collected data for 144 countries over the period 1991-2010 to answer one question: do higher petrol prices reduce road death rates?

Our study, just published, finds strong evidence that the answer is ‘yes’, with a 10 per cent increase in petrol prices typically reducing road deaths by between 3 and 6 per cent. The effect is largely a result of a reduction in driving. We’ve previously found that higher fuel prices lead to people substituting away from ‘gas guzzlers’ — also part of the story.

Ours is the first comprehensive international study on the topic.

Our findings are of most relevance to fuel-subsidising countries such as Venezuela, where petrol is sold for only 2 cents per litre. Other countries with discount fuel include the oil-rich nations of Iran and Saudi Arabia.

These countries’ roads are among the world’s most dangerous. The World Health Organisation reports that 37 people per 100,000 population die in road crashes in Venezuela each year, double the global rate.

We calculate that, globally, around 35,000 road deaths per year could be avoided by the removal of fuel subsidies. This is a football stadium of people, annually. The bulk would be in Iran, Venezuela, Indonesia, and Nigeria.

In Indonesia, subsidies for vehicle fuel account for around 15 per cent of all central government expenditures. We estimate that these result in several thousand additional road deaths each year, one of the many reasons subsidising fuel is such poor policy. Subsidy reform is a key priority of Indonesia’s new President Joko Widodo.

We are at the middle of the United Nations’ Decade of Action for Road Safety 2011-2020, which has the goal of stabilising and then reducing the number of global road deaths.

The Global Plan for the Decade of Action is silent on the potential role of fuel subsidy reductions and taxes in reducing road death rates. Our findings suggest more attention should be paid to the idea.

1,193 people lost their lives in road crashes in Australia in 2013. Australia’s road death toll has fallen by almost 70 per cent since its peak in 1970, but our per-capita road death rate remains stuck above the rates of some other developed countries. Australia has among the lowest petrol taxes in the OECD.

The government has just reindexed Australia’s fuel excise to the rate of inflation. One outcome will likely be slightly fewer deaths on Australia’s roads.

It is interesting to consider by how much Australia’s road death toll would fall if we had a more radical increase in our fuel excise. We estimate that an excise hike that brought Australia’s average gasoline price to the level of the United Kingdom (a huge increase of 71 Australian cents per litre, analysing year-2010 data) would reduce Australia’s annual road deaths by 200-300 per year.

Our results suggest that the more-than-20 per cent fall in the world oil price since June 2014 will unfortunately flow on to more casualties on the world’s roads.

There are of course other factors to consider in setting fuel taxes. And one day vehicles may be so safe that road deaths diminish as a policy issue. But, for the moment, that’s a lot of lives.

‘Gasoline Prices and Road Fatalities: International Evidence’ has been published by Economic Inquiry. The paper and data can be accessed from Paul Burke’s website. An open-access version is available here.

This article was published by The Conversation: http://theconversation.com/increasing-fuel-taxes-could-save-thousands-of...