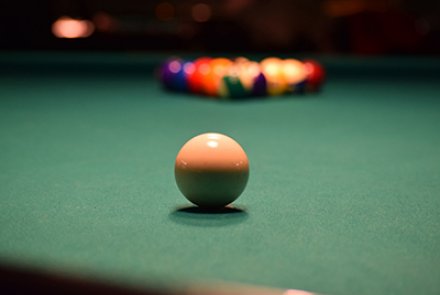 Nikola Pijovic is a PhD Scholar with the National Security College, Australian National University. His PhD focuses on Australia’s contemporary foreign policy towards the African continent.

North Korea, the USA, and a question of trust
The three strategic dilemmas that are ramping up tensions.

The polls failed to predict Trump’s win at the ballot box, now the President-elect’s foreign policy is set to test the value of international relations theory in predicting global politics, Nikola Pijovic writes.

It may seem humorous to include the words ‘Donald Trump’ and ‘theory’ in the same sentence, mostly because Trump’s political existence and success have in many ways defied theorising. And yet, Donald Trump’s rise to the US presidency offers a great opportunity to test two of the most influential approaches to the study of international relations: realism and constructivism.

Trump labelled himself an American political class ‘outsider’ and campaigned on a very loose platform of making wholesale changes to not only US domestic policy, but also foreign policy. Although he never clearly spelled out his foreign policy agenda, his pre-election ramblings on the topic ranged from isolationism and trade protectionism to the possibility of all-out war with China. Now that he has been elected as the 45th President, the question is, how many of America’s current foreign policies can he actually change? This is where realism and constructivism can offer some insights.

Realists will say that Trump won’t be able to change much. Relations among states are determined and influenced by structural issues beyond the control of any individual or even groups of individuals. Yes, Trump can talk the talk, but what will overwhelmingly walk the walk in determining his foreign policy are US ‘national interests’ which are influenced by global power constellations in the international system. This system is marked by anarchy, and states must do whatever they can to ensure their survival, which usually means accumulating more power. Since the US is already the most powerful player in the system, it will have to continue to exhibit the kinds of foreign policies that allow it to maintain the status quo and its pre-eminent position in global affairs, meaning the country’s foreign policy will stay more or less the same.

On the other hand, constructivists will say that Trump may be able to change quite a lot. Individuals and ideas do matter and help shape and influence foreign policy, and Trump’s very existence as US President will have important repercussions for global affairs. What Trump says does matter because, as constructivists would argue, concepts like ‘anarchy’ and ‘power’ are what we make of them; that’s why a nuclear North Korea represents a worry to US policymakers, while a nuclear UK does not. Or why Barack Obama might see Russia as a threat, while Trump might not. Since ‘national interests’ are in the end determined and framed by individuals representing states, America’s foreign policy might change significantly.

So how could all of this translate into specific changes in US foreign policy under Trump? Well, realists will be very sceptical of the suggestion that America under Trump will retreat into an isolationist western hemisphere; go back to the days of trade protectionism; or hawkishly confront China, risking an all-out conflict. Why? Firstly, because it serves US national interests and international power to remain actively engaged globally, interfering in other states’ affairs to shape the global environment to its advantage. Secondly, because the US is no longer competitive at producing certain kinds of goods, and raising import tariffs will harm its economy in the short-term more than it will benefit it in the long-term. And finally, because it is unclear how, and highly unlikely that, provoking an open military (or even trade) conflict with China will actually help boost US power and dominance globally.

On the other hand, a constructivist will take Trump’s musings on US isolationism, protectionism, and conflict with China very seriously. Trump’s electoral success was (to at least some degree) underpinned by his fiery rhetoric and irrationality; one could say even a rejection of reality. If people and ideas do matter in foreign policy, then Trump’s words are already contributing to the building of a new reality in global political affairs. America under Trump might find itself caring less about global affairs in the absence of direct existential threats. It may also consider its economic interests better served by a return to protectionism, and a hopeful revival of domestic manufacturing production. And as for war with China, Trump’s administration may also consider that an all-out conflict with its main global rival will actually help ‘Make America Great Again’.

So who is likely to be right, the realists or constructivists? Well, both to an extent. Individuals and their ideas, particularly when they are leaders of the most powerful nation in the world, do matter in foreign policy and can make a difference. However, the anarchical structure of the international system and concerns over state survival matter as well, and serve to obtrude or promote the choices available to those individuals making foreign policy.

Those who welcome a Trump presidency will hope that constructivists are right and Trump will change everything he said he would. Those who are unhappy with a Trump presidency will hope that realists are right and Trump won’t be able to change much. Either way, Donald Trump’s foreign policy will offer important insights into the value of international relations theory in understanding and predicting global politics.