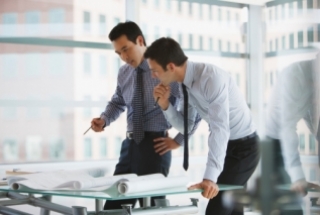 Designing and implementing strategic policy is challenging. Government approaches often change direction, public policy development is highly contestable, policy problems are complex and multi-faceted, requiring linkages across numerous portfolios or layers of governance, and there is a growing emphasis on involving stakeholders and citizens in public policy design.

This course will step through a framework for strategic policy development, with a specific focus on the latest research and information on systems thinking and behavioural insights for policy development and design, with engaging practical activities exploring real-world policy problems, to translate knowledge into understanding and action.

This program is part of a Strategic Policy Fundamentals series, designed to equip current and aspiring public policy makers with a range of tools essential for strategic policy design, development and implementation.

The course will include both theoretical components, case studies and practical activities to facilitate learning, considering the latest information and evidence relevant to each topic. Participants will be required to work in small groups on a real-world policy problem. Activities undertaken are likely to include the development of a systems map, a stakeholder analysis tool and an impact/likelihood matrix for behaviour change. Participants will also engage in role playing to understand behaviour change and games to explore systems thinking and mental models.

Participants will be provided with a workbook that will contain some of the theoretical elements discussed and materials to support the practical exercises.

Topics to be covered:

Public policy development in Australia exists in a highly complex and contested environment. In order for the public sector to be a leader in policy design and development, there needs to be greater understanding of the interdependent structures of public policy systems, of how human behaviour can influence and drive policy change and why we need a greater focus on the nuances of policy implementation.

This course will provide participants with tools to improve their strategic policy thinking, linking and analysis capabilities, to support policy development and delivery in a holistic, collaborative, innovative and focused way. Developing these skills across organisations in the public sector, or through MPA students, will facilitate and enable the delivery of a strategic public policy work agenda.

Anticipated behavioural and business impacts include:

Erin Bowen is an experienced senior policy specialist in health and public administration, with over twenty years working at executive levels across both Commonwealth and state governments and now as a public policy consultant. She has provided leadership on whole of system strategic policy and integration, program formulation and people capability development.

Erin has extensive experience in stakeholder engagement and consultation, developing relationships with professional and community organisations to achieve outcomes. She has been integral in delivering a number of projects for government and non-government organisations, including national strategies and plans, significant Commonwealth/state joint projects, major health reform initiatives, operational and health system analysis and service re- design.

Her career experience includes a range of corporate, strategic and organisational leadership and management roles, at Commonwealth and state levels in Canberra, the Northern Territory and Tasmania.

As a public policy consultant, Erin has worked in partnership with Commonwealth and state governments, non-government organisations, universities and think tanks. Key achievements include the development and delivery of a number of national health policy strategies, delivery of strategic policy training courses, facilitating policy forums and a national symposium and implementing a range of innovative public policy projects.

Erin has an Executive Masters in Public Administration from the Australian and New Zealand School of Government (ANZSOG) and ANU with a specialisation in social policy, and a Bachelor of Applied Science with studies in communications and media. Erin is also a Graduate of the Australian Institute of Company Directors.