Home » News and events » All stories » Rethinking the rules 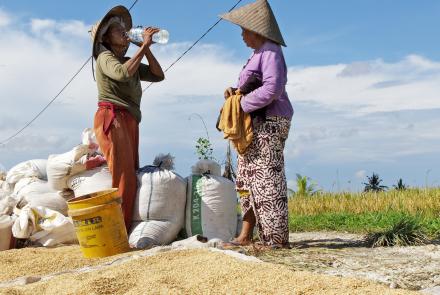 Dr Philippa Dee is an economist at the ANU Crawford School of Public Policy and a former Assistant Commissioner in the Trade branch of the Productivity Commission.

Prospects for trade in the Asian century appear good. After all, Asia has risen to its current position on the strength of its trade. Why shouldn’t this trend continue? Some immediate macroeconomic threats are obvious.

Asian economies are not de-coupled from the rest of the world — a significant portion of Asia’s exports still go to Western countries. This trade cannot ‘bootstrap’ the global economy when Western demand is languishing. But infrastructure spending by Asian countries could significantly aid global recovery. If spent to improve transport and logistics links, it could even boost trade in the longer term.

Some medium-term influences are also clear. Growth of real incomes and real wages in emerging Asian countries, including China, is beginning to exert pressure for structural change. Demand patterns will increasingly match those in rich countries, with a growing proportion of incomes spent on things that are mainly produced at home, such as health and education services. Rising real wages will also price these countries out of the unskilled-labour-intensive parts of manufacturing, which will move to poorer countries in Asia and elsewhere.

Ultimately, some countries that now export parts, components or finished goods will instead export capital as they fund the relocation of manufacturing activity — much as Japan did a generation earlier. Trade may be no less important than it is now, but its geographic pattern may look a lot different.

The current trade rules, particularly those governed by the World Trade Organization, pose a hidden threat for trade in the Asian century. They are no longer adequate for current trade patterns, let alone to support short-term macroeconomic recovery or long-term structural change.

The rules were designed when trade was in goods, but trade is now in tasks. Thanks to declining transport costs and the information and communications technology revolution, the production of both goods and services is increasingly fragmented. This benefits small countries as well as small and medium enterprises, as they no longer need to do everything but can specialise in providing slivers of value added within a production chain that is now potentially global.

The fragmentation of production has changed the dynamics of trade protection. The current trade rules were designed for a trade negotiating game that balanced the interests of exporters (who wanted more market access overseas) and import-competing interests (who did not want to give up protection at home). When production is fragmented, local production does not compete with imports — it complements it. It is not surprising, therefore, that the world has seen significant unilateral liberalisation in areas such as electronics, where global production chains dominate. It is also not surprising that, in the face of the global financial crisis, border protection has risen only modestly.

The bigger trade problems are not at the border but behind it. Conceivably, there is no Doha Round settlement because it offers too little of commercial value — it is still focused at the border. FTAs don’t do much better. They are preferential, which means they also tend to focus on tariffs and other measures, such as rules on entry of foreign investment, that operate at the border.

Yet some of the biggest economic problems in Asia are caused by the poor performance of incumbent services suppliers in transport and logistics, education and health, which are often state owned. Their dominance and lack of competitiveness is a drag on economic growth and a source of structural imbalances. Their performance can be a barrier to entry into regional production networks. Their crowding out of other domestic activity, including small and medium enterprises, is a key source of growing inequality.

Thus the reform priorities of emerging countries are shifting to behind-the-border regulatory reforms to ensure market contestability and to achieve public policy objectives more efficiently. Although the outcomes are critical for ensuring both infrastructure investment and trade rebalancing, the economics and politics of this agenda are deeply domestic. Will the existing WTO modus operandi — negotiated outcomes based on consensus, reciprocity, non-discrimination and a single undertaking — help to achieve these outcomes? What changes to the global trade rules are necessary to facilitate these new developments?

To date, the WTO has been a vital global asset, creating and preserving the rules-based trading system that has produced the Asian century. But because production now takes place in regional and global networks, the at-the-border trade war has largely been won (with the obvious ‘zombie’ exceptions). If the WTO is to remain relevant in the Asian century, it needs revamping to deal with the behind-the-border agenda. This requires more than reform of the WTO’s internal processes or governance—it requires fundamentally rethinking the rules.

This article was originally published on The East Asia Forum: http://www.eastasiaforum.org/2013/08/19/time-to-rethink-the-global-rules/