Home » News and events » All stories » The powerful patented 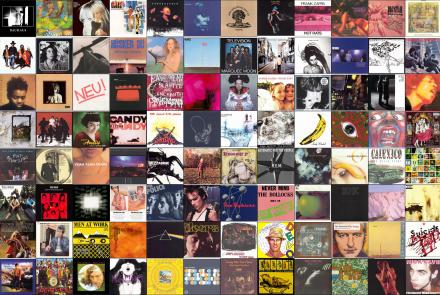 Dr Philippa Dee is an economist at the ANU Crawford School of Public Policy and a former Assistant Commissioner in the Trade branch of the Productivity Commission.

Rethinking the rules
Have we got the global trade settings right?

Trade is being held hostage to IP – and this is inimical to development, argues Philippa Dee.

Now that the intellectual property (IP) chapter of the Trans-Pacific Partnership (TPP) has been leaked, our worst fears are confirmed — IP in TPP is OTT.

This would be bad enough on its own. What is less well recognised is that the trade liberalisation agenda is being held hostage to the IP agenda and the result is inimical to development.

Intellectual property rights protection, as introduced into the last two rounds of WTO negotiations, no longer guarantees that under a cooperative settlement everyone will be better off.

The Agreement on Trade-Related Aspects of Intellectual Property Rights (TRIPS), adopted in the Uruguay Round, for the first time put signatories under an obligation to introduce and enforce IP rights protection, and to make payments to IP producers. Arguably it is better for the world as a whole to have some IP protection, rather than none. But in my view it is highly unlikely that the TRIPS-plus provisions being pushed subsequently will lead to global gains.

These TRIPS-plus measures are only a little bit concerned with providing additional incentives for new IP to be created that otherwise might not be. They are greatly concerned with expanding the ongoing transfers of economic rents from the consumers to the producers of IP that already exists (and hence needs no further incentives).

Although it may arguably have led to a net global gain on its own, the TRIPS agreement did not generate gains for every WTO member. It was accepted as part of the Uruguay Round settlement because it was packaged together, in a single undertaking, with measures such as the dismantling of the Multi-Fibre Arrangement, which were of benefit to many net IP importers.

Even tougher IP provisions are on the table as part of the Doha Round. But one key problem (among many) is that the Doha Round lacks any definitive offset. Agricultural liberalisation was supposed to be the clincher. The trouble is that the terms of trade effects were shown to be so significant that poor net food importers would lose, even in an otherwise ideal Doha Round settlement. And for net food exporters, world markets have already delivered large price increases, taking the heat off trade negotiations (and coincidentally confirming the worst fears of net food importers).

It is clear that for private sector interests in the United States, increasing the rents accruing to existing IP is the main game. Since the game cannot be played successfully in the WTO, it is being played in free trade agreements, including the proposed TPP.

Countries that are trying to preserve and expand international rent transfers need to rely on bundling, so that they can sell the good with the bad. In the WTO, bundling was ensured by the single undertaking; in free trade agreements, bundling is ensured by offering market access concessions on a discriminatory basis.

For example, imagine the United States (US) trying to persuade Australia to accept tighter IP protections, including a longer term of copyright. The US could offer Australia an expansion of its beef export quota into a still-protected US beef market, or it could offer open competition in a US beef market that was fully liberalised. For the US, the key concern is not which type of beef market liberalisation is of most benefit to US beef consumers. The key point is that by offering preferential access to Australia, the US retains the ability to bundle beef liberalisation with higher IP standards when approaching other potential trade partners.

When the game is only in tariffs, the need for discrimination in order to retain negotiating coin is mercantilist nonsense; when countries are also trying to ‘sell a pup’, these requirements are deadly serious.

The WTO rules allow trade concessions in free trade agreements to be made preferentially, even though they must be non-preferential in the WTO itself. While ever this is so, preferential market access will be used as a side-payment to sell IP provisions. As a result, trade liberalisation is no longer considered on its own merits but is held hostage to the IP agenda. And the main proponents of the IP provisions have no incentive to change the WTO rules.

It is high time that the economic debates about free trade agreements move beyond concerns about noodle bowls — in my view this is a second-order issue. The real question is about bundling, underpinned by current WTO rules. Should WTO rules allow developing countries an opportunity for phased reforms, or are they to be subjected to discriminatory punishment unless and until they are prepared to take on the whole package, be it the EU’s acquis or its US equivalent, with the sometimes dubious provisions contained therein?

It is anti-development to expect developing countries to forgo the benefits of market access until they are ready to take on the so-called platinum provisions of IP protection and so on, as part of the bundle. We need WTO rules that facilitate unbundling, so that trade reform can once again be considered on its merits.

This story was originally published on the East Asia Forum: http://www.eastasiaforum.org/2013/12/08/trade-held-hostage-to-ip-its-ant...