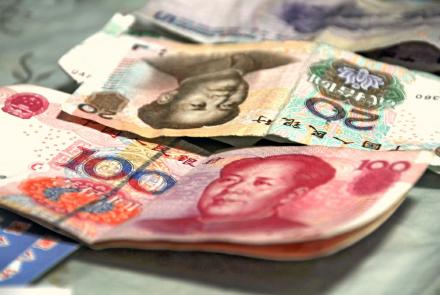 Time for financial reform in China

East Asia Forum is a platform for analysis and research on politics, economics, business, law, security, international relations and society relevant to public policy, centred on the Asia Pacific region.

By the time China becomes the largest economy in the world, the market will expect to see liberalised macro settings and an economy that is more open to the world.

At present China’s financial influence remains limited compared to its huge trading power, and its financial sector is still tightly regulated. Yet this might not be the case for much longer, as the government has announced its determination to push reforms forward and deregulate financial markets in the coming years.

On 19 July the People’s Bank of China announced the removal of controls on bank lending rates. This policy move was interpreted as the start of the new regime’s financial reform agenda and was widely welcomed in the market. The market’s enthusiasm reflected not only a belief in the new leadership’s determination but, more importantly, its belief that conditions are now favourable to delivering financial reforms. Since the global financial crisis, the macro-economy has been relatively stable. The Xi–Li administration has repeatedly said that the government will actively push forward structural reform while the economic outlook is stable, within reasonable bounds.

As growth slows, China is also reaching a critical point where financial reform is necessary to achieving a new and sustainable growth path. The first step has to be interest rate reform. Manipulated interest rates have long caused enormous misallocation of capital, favouring state-owned enterprises and shielding the banking sector from the need to build risk-management capacity. This was not such an urgent problem while the economy was growing at double-digit rates, but now that it has slower growth potential, China has to restore market pricing mechanisms for capital to get rid of distortions and lift the efficiency of the banking sector. The central bank’s recent action of withdrawing the bank lending rate floor is a good start. But the key step will be to remove the deposit rate ceiling. Considering the broad impact that this action will have on banks’ profitability and the risks that might ensue, full removal of the control on deposit rates will most likely take place gradually and more cautiously.

The other macroeconomic deregulations on the agenda in China are capital account liberalisation and RMB internationalisation, which will most likely be carried out simultaneously. Restrictions on short-term cross-border flows are the core impediment to capital movements. Without a more flexible exchange rate regime or a strong RMB, the sudden removal of capital account restrictions will induce more volatile arbitrage capital into and out of China, and cause undesirable financial instability. The RMB can only become an effective regional or international currency under a convertible capital account.

The need for a convertible capital account, and for the RMB to become an international reserve currency, follows from the scale of China’s cross-border trade and investment payments. But the progress toward achieving actual capital account convertibility and a global currency is also closely connected to China’s future capacity for economic growth. When the economy grows stronger, the process can move on more quickly.

There is no ‘cook-book’ for determining the order in which these three major reforms should occur, but a market-oriented interest rate system and a more efficient banking sector will need to be in place before any major actions are taken to institute capital account liberalisation and currency internationalisation.

The new leadership in Beijing has already taken decisive action to push forward financial reforms. It is clear that pursuing high economic growth is no longer their highest priority, and the world can expect a China with a new financial system that has more opened macro settings within the next two decades. Nothing, however, is more important to the Chinese Communist Party than ensuring economic and social stability. While there is clear commitment to this course of reform, the pace of reform will depend on the strength of the economy, and China watchers should not be surprised if reform goes backwards or is postponed should the economy falter along the way.

Jiao Wang is a PhD scholar at Crawford School of Public Policy.

This story was originally published on the East Asia Forum: http://www.eastasiaforum.org/2013/10/10/time-for-financial-reform-in-china/