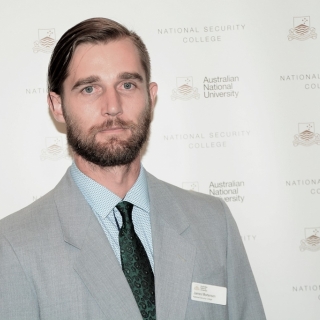 James commenced his doctoral studies at the National Security College in June 2015. He attained a Bachelor of Theology at the University of Newcastle in 2011 and achieved First class Honours (Religious Studies) the following year. After completing his studies James started a band, performing up and down the east coast of NSW, working in a variety of odd jobs, and writing academic articles on the topic of religious ethics and theology.

His hobbies include quidditch, birdwatching out his loungeroom window, and ignoring problems until they get much worse.